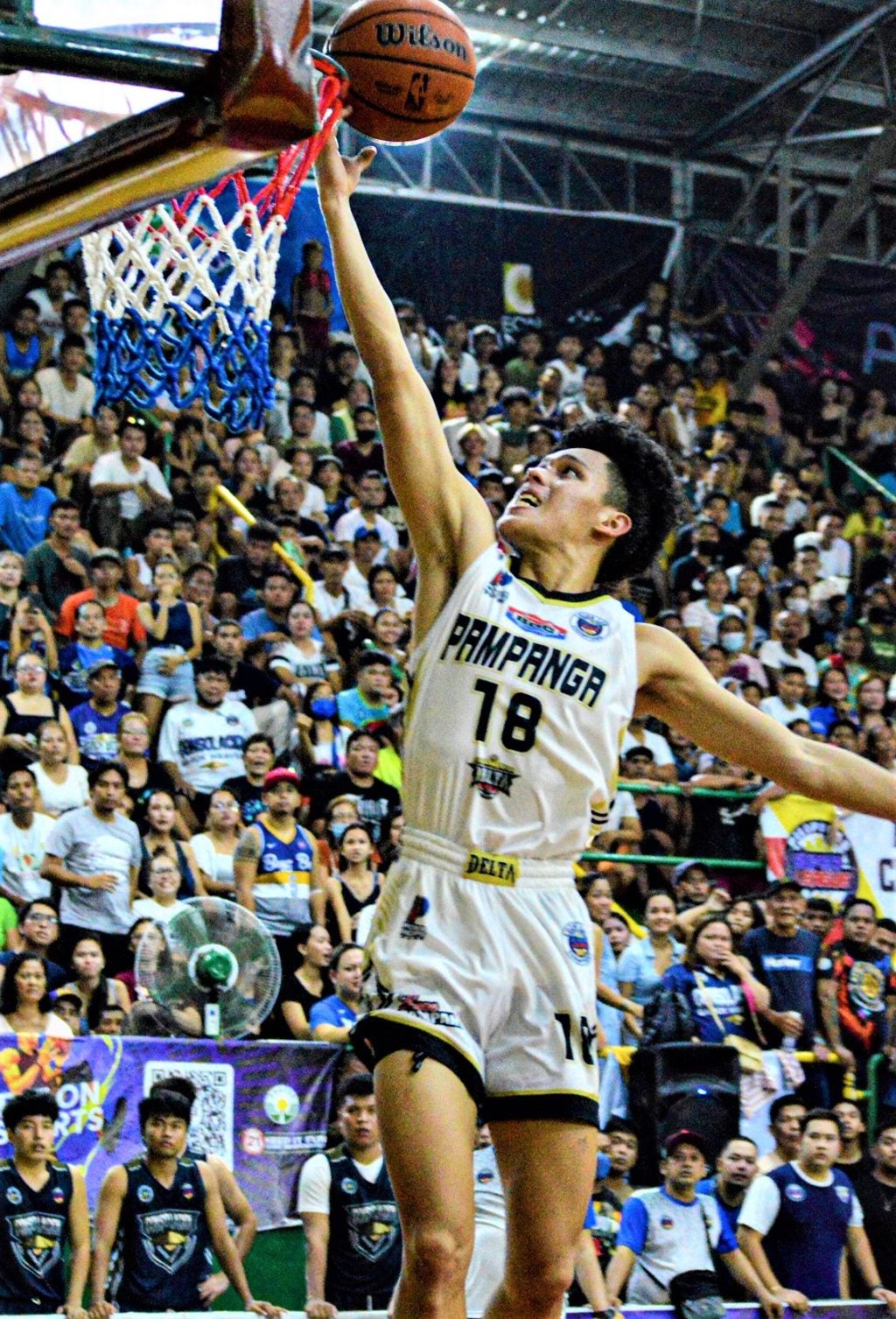 PSL 21-U National Finals MVP Justin Bautista soars high for a layup during the championship match against the Consolacion Sarok Weavers. | Photo from the PSL

CEBU CITY, Philippines — The Pampanga Delta was crowned the Pilipinas Super League (PSL) 21-U National Champions after beating the Consolacion Sarok Weavers, 76-71, in the finals of the “Battle of Champions,” on Monday evening, September 5, 2022, at the Cebu City Sports Institute.

It was also sweet revenge for the Kapampangans. They bowed to the reigning PSL Visayas leg champions, the Sarok Weavers, 63-57, in the “Battle of Champions” opening last September 3, 2022.

Pampanga earned its ticket to the finals after narrowly beating the PSL Mindanao leg champions, the Davao Occidental Dreamers, 83-80, on Sunday evening.

The eventual finals, “Most Valuable Player” Justin Bautista led Pampanga with 15 points, 8 rebounds, 3 assists, and 1 block. Kevin Santos had a double-double outing with 12 points and 13 rebounds.

(This Best Coach award is not just mine. I am here and our other coaches. This is for all, we helped each other, this is just not for me. We all helped. The teamwork is not just for the players but the coaches, too.)

Pineda is also the governor of Pampanga and hosted the PSL 21-U Luzon leg competition last month.

(I told them that there are many Kapampangans, who are praying for us, and they believe that we can win this.)

Meanwhile, after receiving the Finals MVP trophy, Bautista was emotional during the awarding ceremony.

(We all worked for this. The support of the Kapampangans, that is what we have all been thinking throughout the game. I am so happy because I am an MVP, of course, and thank you to the PSL and to Gov (Pineda).)

During the game, it was a complete contrast between the two teams with Consolacion trailing for the most part compared to their first encounter, where the Sarok Weavers took control of the pace.

In addition, the game was nothing short of physicality and hard-nosed basketball, resulting in eight deadlocks throughout the game.

Consolacion showed some fight, especially in the third period when they took the lead for the first time in the game, 54-53, after Christian Jay Alilin sank a buzzer-beater three-point shot.

They even managed to build a seven-point lead, 60-53, with 08:57 remaining in the final period, after mounting a 6-0 run initiated by Alilin’s three-pointer.

However, the Pampanga Delta team eventually erased the deficit down the stretch through numerous defensive stops. Bautista led the comeback by making his layup and earning a shot at the charity stripe. It put Pampanga back at the front, 73-69, with 1:34 remaining.

Consolacion had some chances to cut the lead, but they missed numerous crucial shots, including a long three-pointer from Dalumpines with a minute left in the game.

Flores made his last efforts by scoring a jumper, 71-75, with 49.6 remaining. However, Consolacion was hounded by missed shots in the following possessions.

With 13.6 seconds remaining, Consolacion looked helpless, forced to prolong the game by giving up fouls. Bautista then made one of his two free throws that stretched Pampanga’s lead to five, 76-71, en route to winning the game.

Road to redemption for Gilas U-18 belles starts against Thais