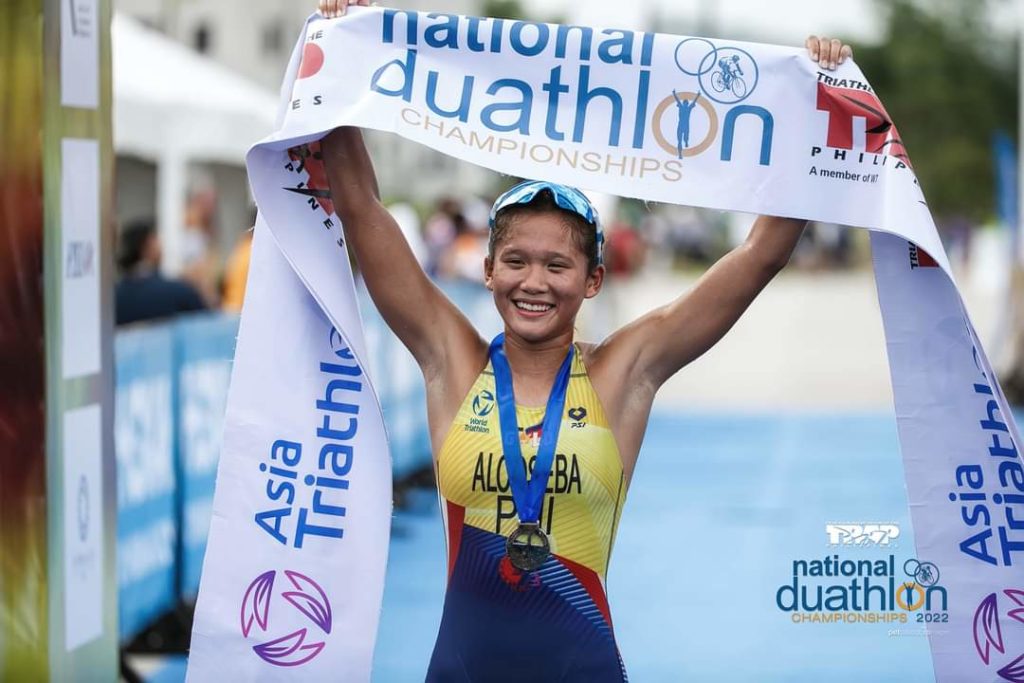 CEBU CITY, Philippines—Veteran national triathlon coach Roland Remolino is confident that one of his prized triathletes, Cebuana Raven Faith Alcoseba, will emerge as the champion in this Sunday’s National Age Group Triathlon Championships at the Subic Bay Freeport Zone in Zambales.

This was after, many-time Southeast Asian Games women’s triathlon gold medalist Kim Mangrobang decided to skip the race which is a qualifiers for the 32nd SEA Games in Cambodia later this year.

For Remolino, the 19-year-old Alcoseba of Talisay City, South Cebu can win the NAGT title with or without Mangrobang in the race.

(She can be a champion even if Kim Mangrobang is there. Her advantage now is swim, bike and run, especially now.)

Mangrobang isn’t entirely required to compete on Sunday’s NAGT since she’s the reigning gold medalist and is already qualified for the Philippine team according to the Triathlon Association of the Philippines (TRAP) president, Tom Carrasco, in other reports.

Despite being the new favorite, Alcoseba needs to take on the challenge against fellow elite triathletes such as her teammates in Karen Andrea Manayon and Nicole Marie Del Rosario. The other strong contenders in the sprint women’s elite division are Erika Burgos and Lauren Plaza.

They will compete in the women’s elite category featuring a 750-meter swim, 20-kilometer bike, and 10k run.

Alcoseba wrapped up 2022 with a big win in the women’s elite sprint category of the National Duathlon Championships in New Clark City in Tarlac. She started 2023 with a second place finish in the women’s 21k race of the Cebu City Marathon 2023 earlier this month.

Besides Alcoseba, fellow Cebuano and SEA Games silver medalist Kim Andrew Remolino will also be racing this Sunday in the men’s elite.

He will go up against the reigning SEA Games gold medalist Fernando Casares along with Juan Baniqued and Juan Carlos Abad.