“The reason why it breaks my heart of what happened to Cebu kay (because) for me this has been a hub in terms of operations, being at the center of the Philippines. If naay mga (there are) disasters, Cebu is at the forefront in helping,” Michelle said in a status posted on December 18.

Badian is a 3rd-class municipality located around 104 kilometers southwest of Cebu. It was one of the areas that bore the brunt of Odette.

There, at least eight people lost their lives, including a parish priest, during the onslaught of the typhoon. 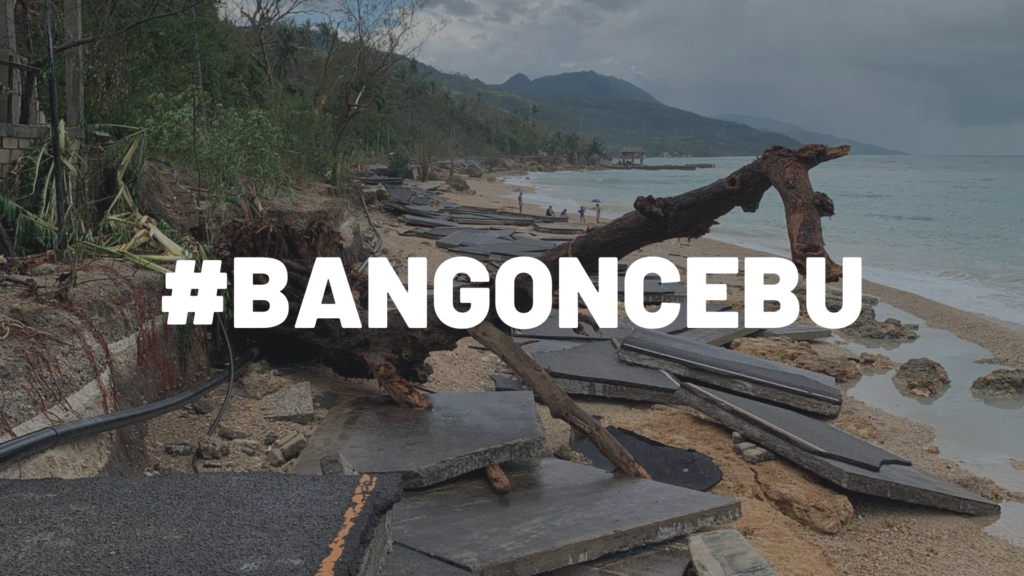 The scenes surrounding her might look helpless, but Michelle, together with several of her acquaintances who also happen to be locals from Badian, clung onto hope that Cebu would rise again.

In true Cebuano fashion, they rallied friends and netizens to extend support to their fellow Badianganons, as well as to residents in nearby localities in the southwest portion of the island who were severely affected by Odette.

On December 29, their group gave free food and drinking water to more than 350 individuals in Moalboal, Dumanjug, Badian, and Alegria. That was just the first leg of their donation drive.

“Amidst what happened, their warm welcome gave us courage and strength… We also shared water to those people on streets na nadaanan namin sa areas like in Alcantara and Moalboal. My deepest gratitude to everyone who made this first leg southern Cebu possible,” said Michelle.

In Metro Cebu, a group of software engineers also launched a website that functions as a database to help people locate the nearest gas stations, free charging spots, areas where they can get functioning cellular network signals, to name some.

“This is a bare-bones website for low data connections to let you find the nearest essentials you need, like ATMs, charging stations, drinking water, signal, open clinics, gas stations, and groceries,” said Rodney Pascual, one of the website’s developers.

READ MORE: IT developers in Cebu put up site that can help find resources amid chaos due to Odette

2021 may be filled with crisis after crisis, a sense of helplessness, and the continuing uncertainty due to the COVID-19 pandemic.

But examples of Bayanihan like Michelle and Rodney’s teams served as beacons of hope; to provide light in the darkness as Cebuanos rise, rebuild, and heal this 2022.

Odette: Rising from the destruction 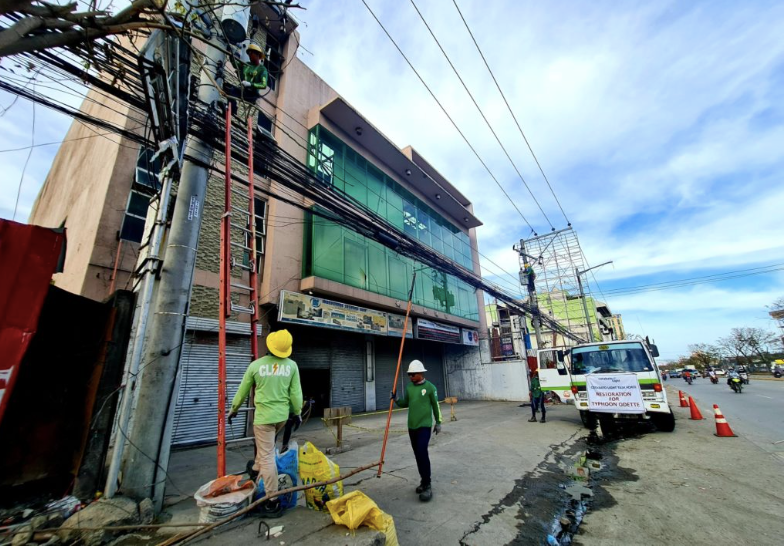 Odette struck Cebu on the evening of December 16, a day when most people in Cebu were about to celebrate Christmas and the New Year.

The strongest typhoon to hit the Philippines this year left a massive trail of destruction in Visayas, Mindanao, and Palawan — from knocked-out power lines and telecommunications towers to scarcity of clean water.

Cebuanos’ cry and appeal for help, however, were not left unanswered. Aside from local efforts like from Michelle and Rodney, Cebu also received aid from international governments and organizations such as China, Israel, and Taiwan.

Neighboring provinces in Visayas, Mindanao, and those from Luzon sent linemen to help electricity distributors here restore power lines as soon as possible. Visayan Electric, which supplies energy in the Metro Cebu area, forecasted full restoration to occur by end of January.

As everyone waits for their house to get reenergized, some turn to social media in expressing respect and recognizing the efforts of linemen who braved the heat and rain 24/7 and risked their lives in reviving Cebu’s power supply.

And even before January 1 came, the long queues seen in gas stations and banks have started to dwindle, and several establishments and communities have been lighted as the entire island gains momentum in its recovery efforts.

In his New Year’s Eve Mass on December 31, Cebu Archbishop Jose Palma also called on Cebuanos to rise again amid the tragedies we faced in 2021 and to look up to Jesus Christ for strength.

READ MORE: Palma to Cebuano faithful: Stand up in faith this 2022 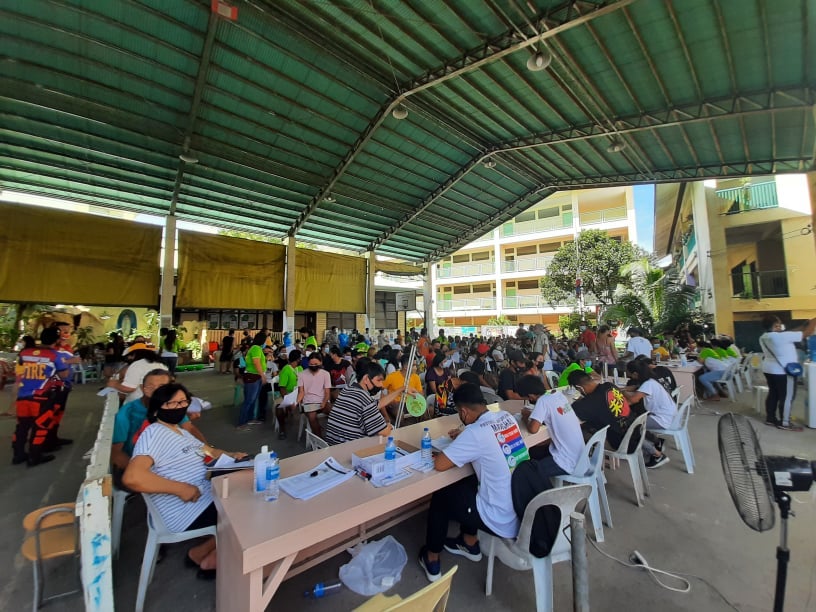 When the dreaded Delta variant of COVID-19 was detected in Cebu, it was only a matter of time before the island province faced another surge of infections in 2021. As a result, hospitals became congested, mortalities spiked, and people were clamoring for medical-grade oxygen.

But amid the health crisis spawned by the deadly SARS-CoV-2 mutation, Cebu continues to inoculate more and more individuals against the infection. The COVID vaccination drive here began last March 2021.

Along the way, multiple milestones were made. These included the cities of Cebu, Mandaue, and Lapu-Lapu achieving their target of vaccinating at least 70 percent of the population before the year ended.

Last November, Central Visayas also emerged as one of the top-performing regions during the nationwide Vaccination Days. Government officials lauded Region 7 for posting vaccination turnouts higher than what was expected.

On top of the regular vaccination campaign, Central Visayas is currently administering COVID-19 vaccines to adolescents aged 12 to 17 years old as well as booster shots. 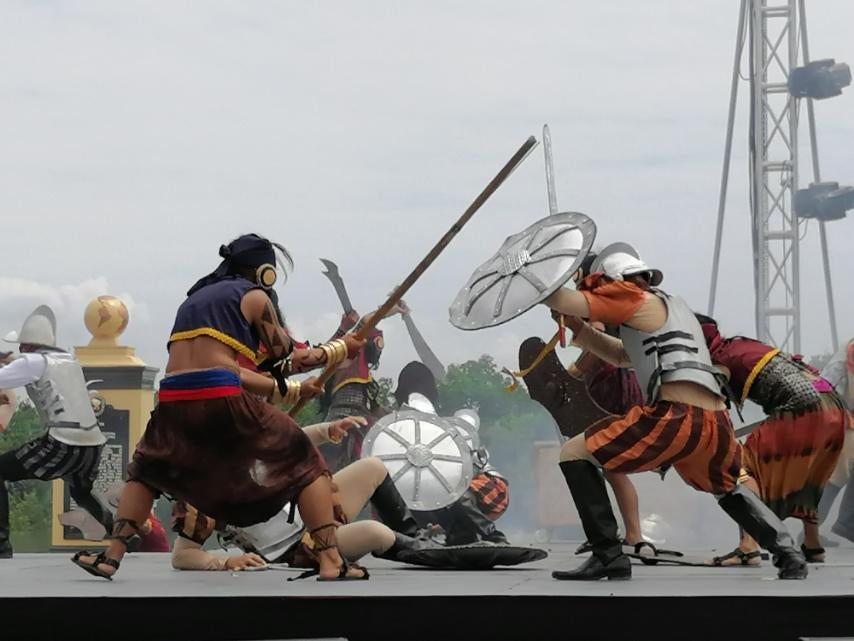 The reenactment of the Victory at Mactan, also known as the Kadaugan sa Mactan, in its 500th anniversary on April 27, 2021 at Liberty Shrine, Lapu-Lapu City. | CDN Digital Photo by Morexette Marie Erram

2021 also marked an important chapter in world history — the quincentennial commemoration of the first circumnavigation of the world, and the arrival of Christianity in the Philippines.

Cebu, for its part, relived the first Baptism that was held in the country. Despite restrictions due to the raging pandemic, the government and priests from the Roman Catholic Church were successful in having a safe and remarkable celebration.

In turn, the 500 Years of Christianity by the Archdiocese of Cebu, and the Quincentennial Victory at Mactan by the government served as models to help event organizers in conducting physical activities safely.

READ MORE: IN PHOTOS: 500 YOC in Cebu kicks off

‘The Kids are Back’ 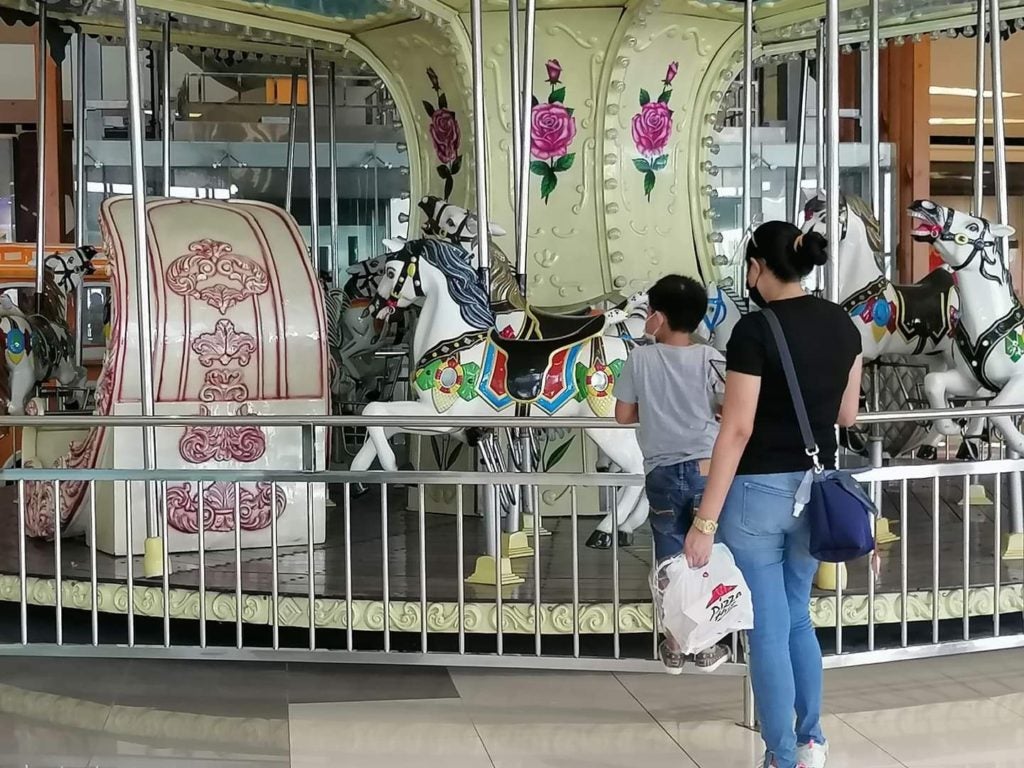 A mall at the South Road Properties (SRP) starts welcoming children more than a year after threats of COVID-19 forced establishments to bar them from entry. Cebu City is under Alert Level 2, in which minors aged 18 years and below are allowed in public places. | via Morexette Marie Erram

Children were now allowed in establishments and public areas since October when the Inter-Agency Task Force for the Management of Emerging Infectious Diseases (IATF) placed Cebu under Alert Level 2.

Under this quarantine classification, even unvaccinated minors aged 18 years old and below can go outside of their houses.

A month later, the national government also announced that at least nine schools in Cebu were selected to resume face-to-face classes.

In-person classes officially began last November 15. DepEd in Central Visayas is also hoping the national government would approve their recommendation that would allow more than 400 schools to follow suit.

Minors were prohibited from going out since the pandemic began in 2020. 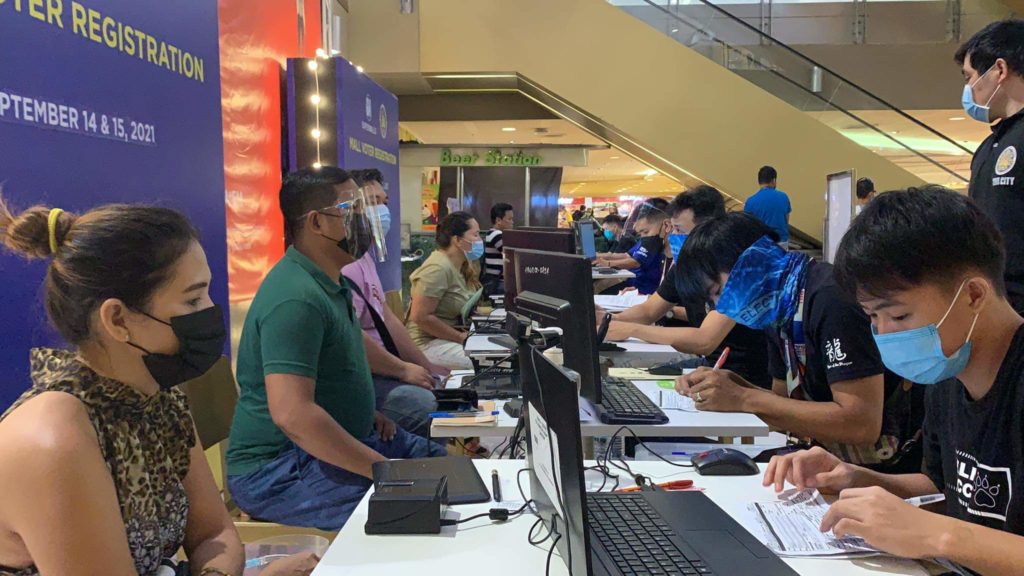 2021 was also a pivotal moment in Cebu’s political landscape as the May 2022 election has officially begun.

Despite the challenges posed by COVID-19 and the corresponding restrictions imposed, Cebu, the country’s most vote-rich province, saw an increase in the number of registered voters.

From 3.1 million in 2019, the entire island’s population of registered voters rose to approximately 3.2 million. Cebu already reached 3.2 million even before the Commission on Elections (Comelec) decided to extend voters registration up to October 30.

Filing of Certificate of Candidacy (COC) in October also went smoothly. Furthermore, national bets have been frequenting the island province after the schedule of COC filing. At least five Presidential candidates have visited and appeared before Cebuanos since October. / with reports from Delta Dyrecka Letigio, Immae Lachica

This is the last part of a 2-part year-ender report. Click this link for the 1st part.

Read Next
P22K worth of illegal firecrackers seized in Talisay City