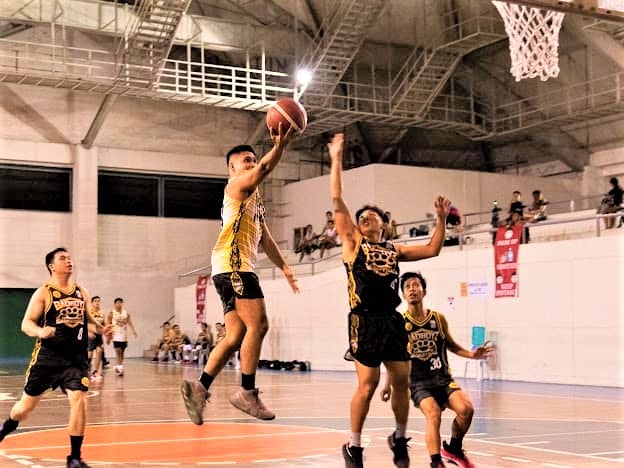 The Pandas’ Harvin Maurac floats for a layup during their game against the Sharks in the ongoing BBC Season 12 last Saturday, September 10, 2022. | Contributed Photo

The victory improved the Pandas’ record to a 3-1 (win-loss) record, while the Sharks along with three other teams are locked in a four-way tie with a 2-2 (win-loss) slate.

Kirby Navarro scored 17 points for the Sharks, while Eric Siason had 12 points.

On the other hand, the Panthers defeated the Stallions, 85-75, behind Kyle Co’s double-double game. Co scored 19 points and grabbed 10 rebounds to go with 3 assists and 1 steal.

Philip Abella also had 19, while Aljhune Areja scored 15, and Prince Panes with 10 points as the Panthers improved to a 2-2 (win-loss) record.

Max Steinbach had 20 points and Edward Solon scored 18 points for the Stallions which is now at the bottom of the team standings with a 1-3 (win-loss) card.

In the other game, the Vipers eked out a close win against the Dolphins, 64-60.

Stallions, Dolphinz, Panthers off to good start in BBC