American Ballers to show off skills in the 4th Philippine Tour 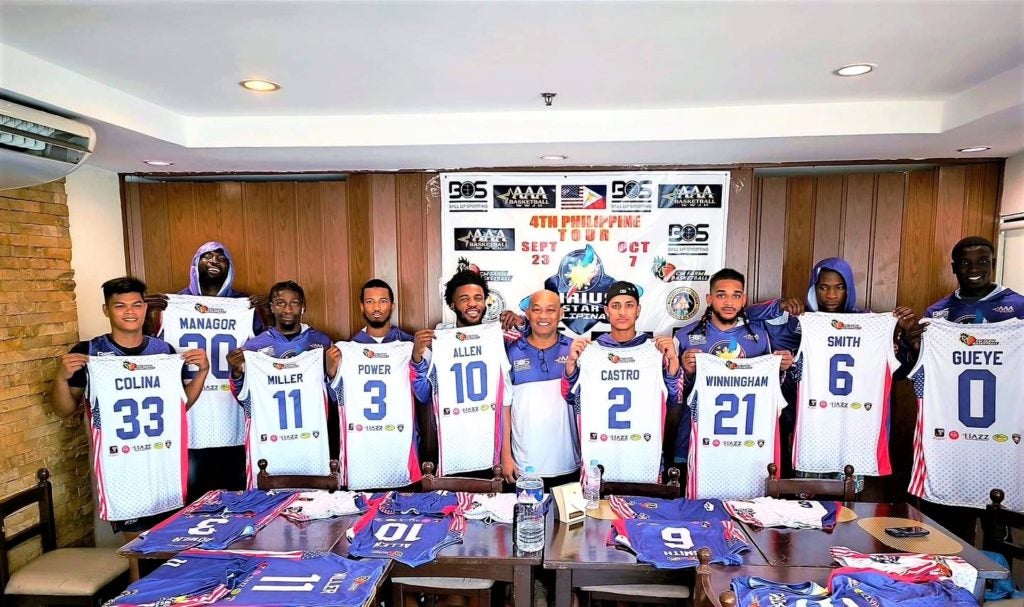 CEBU CITY, Philippines — The Sirius Star Pilipinas will embark on a basketball tour from Sept. 23 to Oct. 7, 2022, dubbed as the “4th Philippine Tour” to treat Filipino basketball fans in the south with spectacular basketball action.

The basketball tour is organized by well-known Cebuano coach Albert Alocillo, who recently helmed the head coaching job of the University of Santo Tomas (UST) Growling Tigers in the PBA D-League Aspirant’s Cup.

This year’s tour serves as its fourth edition. They were forced to take a break for more than two years due to the onset of the COVID-19 pandemic.

Now that the pandemic’s restrictions further eased, Winningham returned to Cebu and brought in new talents from various states in the US.

Two African big men reinforce the team in Rich Onyeka Managor from Nigeria, who plays for the University of Southern Philippines-Foundation (USP-F) Panthers in Cesafi and Pape Alpha Gueye of Senegal.

The lone Filipino player on the roster is Lyndon Colina of Cebu. Colina played for the Panthers in Cesafi and was drafted by the San Miguel Beermen in this year’s PBA draft.

Winningham explained during a presser on Thursday, September 22, 2022, at Sunburst Fried Chicken along Mango Avenue that they love returning to the country because of the Filipinos’ passion and culture for basketball.

They also love to partner with Alocillo, who shares the same goals and visions in playing their beloved sport.

“It’s our fourth tour of bringing in players, we do basketball events, there are about 40 to 60 guys that comes to us, I get to choose who are the players that will be coming to the Philippines, and these players comes from different states. I try to get guys coming from all over the United States,” said Winningham.

“Coach (Albert) is amazing. I think our business align and we can do some big things. Also, we want to bring the US basketball to you guys and we can combine it with basketball here in the Philippines, a lot of great things happen. We all get to grow and bringing that to everybody, we get to elevate also the basketball culture here in the Philippines because we get to bring our skillset and teach you guys what we bring to the table, while you guys teach us, we’re all learning together, from there, we can do anything. That’s the vision,” he said.

For Alocillo, he is also helping promote tourism and sports development, especially on the grassroots level, in the cities, they’re visiting during the tour.

“I want to contribute to our grassroots level in basketball by bringing top-caliber players like these guys to our country. Coaches like me who had been successful in the national level wants to share how we do basketball to everyone. These American players also trusted me, and they’re very willing to teach our youngsters, at the same time they’re willing to play excellent basketball and they’re also willing to learn how we play,” said Alocillo.

Winningham said that returning to the country offered him many insights into how Filipinos play basketball.

He said that he loved the Filipinos’ physicality on the court, giving them challenges during a game.

The team will spend most of their tour in Tagum City, playing against Larry Yu Rabinos (LYR) commercial team, Holy Cross University, and Montaña Pawnshop selection.

“Expect great basketball. Expect a lot of moves, dunks, and other great stuff. We’re here to play and showcase our talents to everyone,” added Winningham.

They will fly to Tagum City tomorrow, Sept. 23, 2022. After their Tagum City stint, they will head to various parts of Bohol, particularly in Tagbilaran, Buenavista, and Talibon, for a series of basketball clinics for kids.

On Oct. 6, 2022, they will head to Minglanilla town, south Cebu, for another round of basketball clinics which will be highlighted by a tune-up game against the University of San Carlos (USC) Warriors.