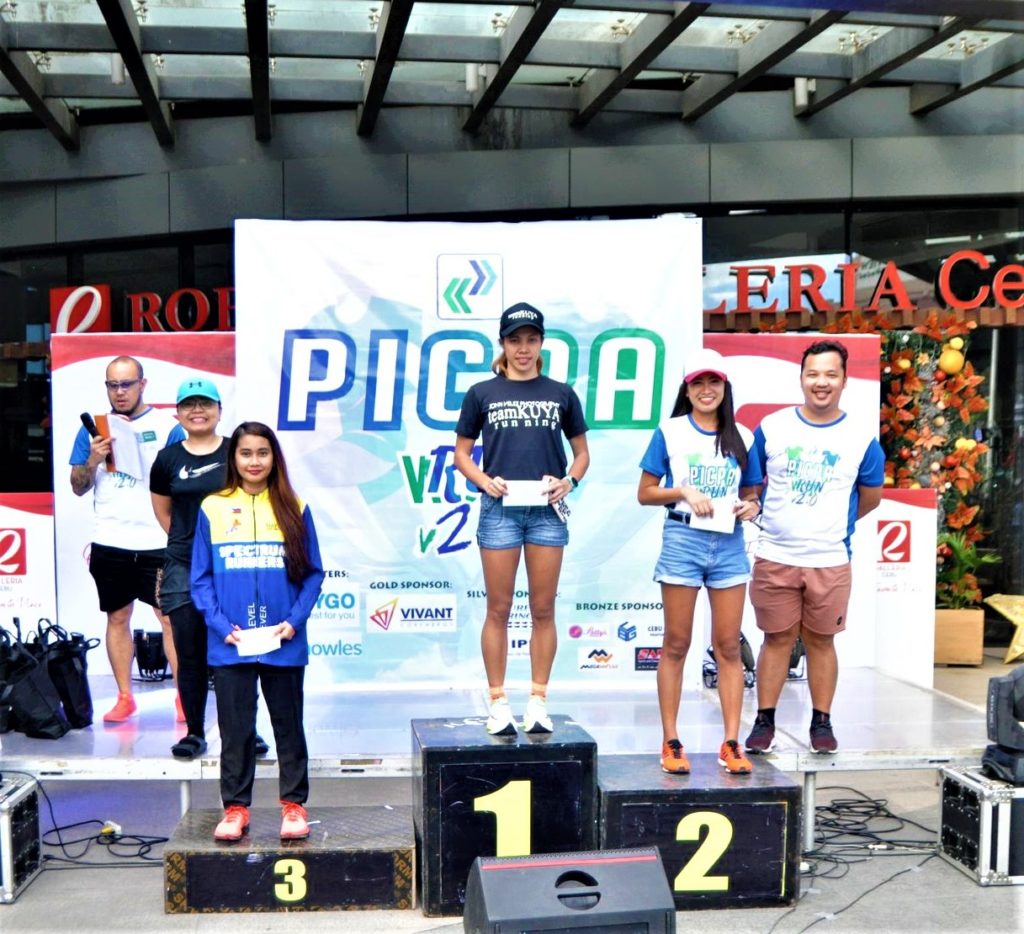 Ruffa Sorongon (top of the podium), who finished first in the 16K female category, receive her prize together with the other female winners in the PICPA Run V2.0 | Photo from John Velez

Sorongon, the 2019 National Milo Marathon Cebu leg champion, finished the 16k race, the event’s longest distance at the top in the female category. She clocked in at 1 hour, 7 minutes, and 22 seconds.

Trailing Sorongon at second place was Cherry Andrin who finished the race in 01:09.33, and Evamie Villarin rounded off the top three in the 16k distaff side in 01:16.35.

Fellow Kenyan Leonard Kimboi claimed the second spot in the 16k race in 55:01, followed by Florendo Lapiz who clocked in 56:42.

Mark Mahinay and Art Joy Torregosa lorded the 8k race. Mahinay crossed the finish line in 27:29 to dominate the male category, while Torregosa finished the race in 32:22 to top the female category.

The annual running event of PICPA drew over a thousand runners. The proceeds of the running event will be used for PICPA’s scholarship program.