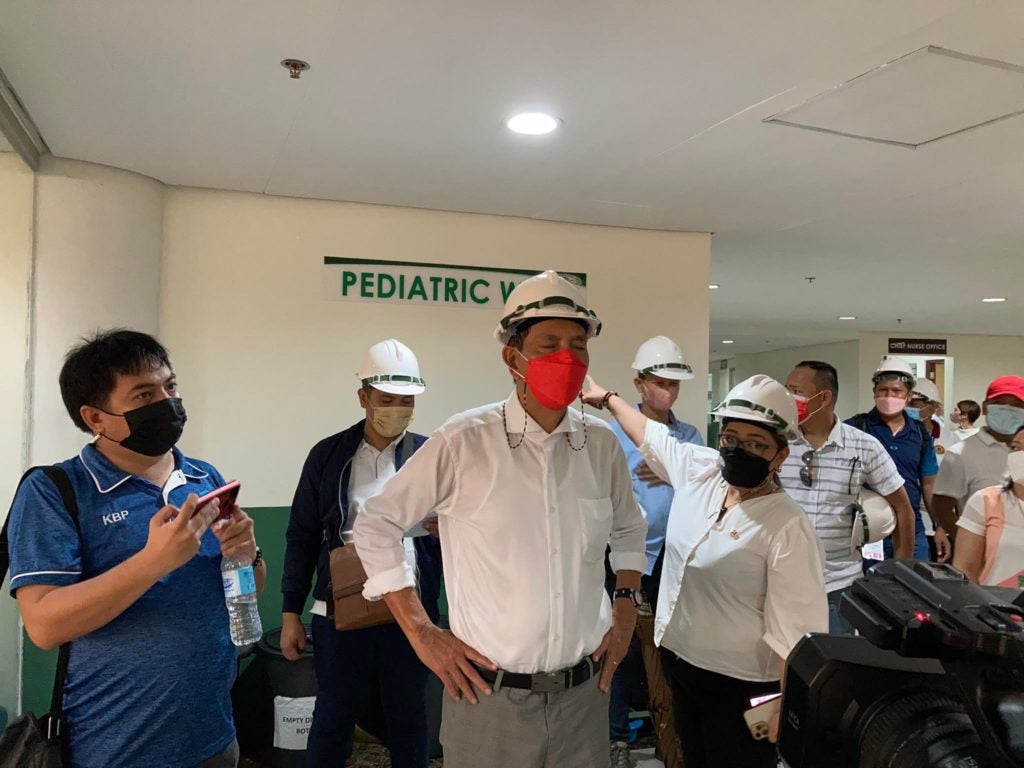 CEBU CITY, Philippines — The former contractor of the fourth phase of the new Cebu City Medical Center (CCMC), M.E Sicat Construction Inc., has yet to pull out its equipment from the hospital pending the completion of the requirements and deliverables for the mutual termination of its contract between the city government.

Lawyer Jerone Castillo, special assistant to the mayor for fiscal matters, told this to reporters on Monday noon, Dec. 5, 2022, after he also said that they were still waiting for a final report from the city’s Department of Engineering and Public Works (DEPW).

“So far, nagformalize siya (M.E Sicat) to get the equipment, but unless, we finalize everything, di sa siguro nato i-pull out kay naa may mga liabilities pa,” he said.

(So far, he had formalized to get the equipment, but unless, we finalize everything, we will not yet allow them to pull-out because they still have liabilities.)

Castillo said the city’s Department of Engineering and Public Works (DEPW) told him that they could finish the report by Monday.

He said that based on the evaluation report of the DEPW, it would have to be calculated as to how much would be the work done by the contractor as against how much was paid or advanced by the city.

(We will still determine if the city has to pay them o they have to pay the city back. We still don’t know this.)

To recall, the city government and the contractor of the fourth phase of the new CCMC building mutually agreed on the rescission of the CCMC contract.

Castillo, however, assured Cebuanos that this development would not cause further delay to the completion of the much-awaited project.

Loreche appointed as next CCMC chief