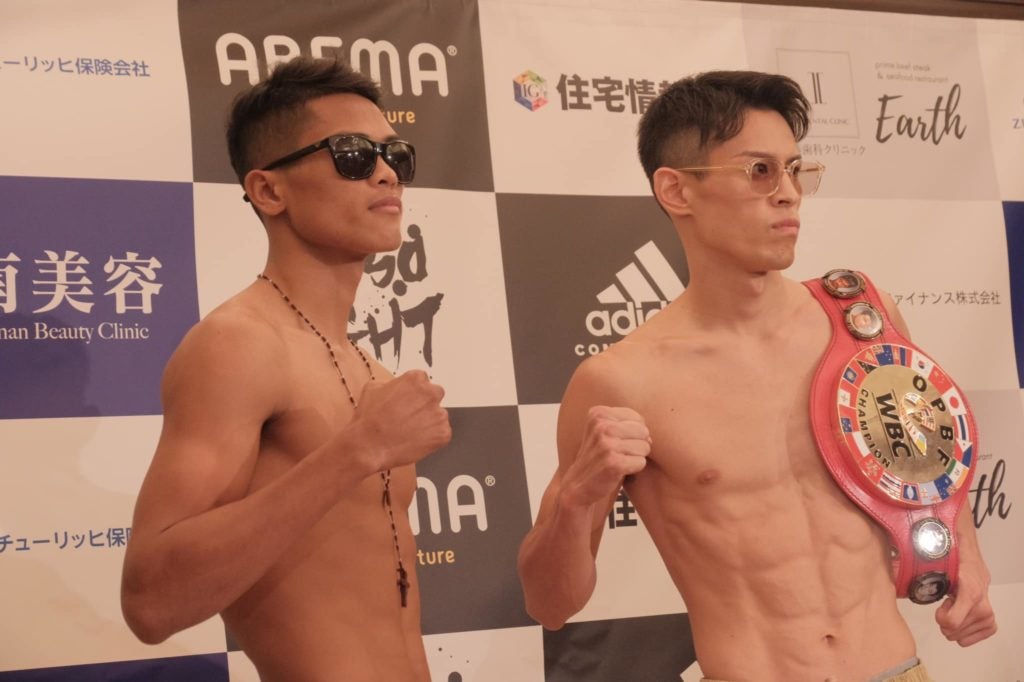 Mangubat who is scheduled to clash with the reigning Oriental and Pacific Boxing Federation (OPBF) super featherweight champion Masanori Rikiishi both weighed in at 130-pounds during the official weigh-in on Saturday, August 13, 2022. Their bout serves as the main event for 12 rounds at the EDION Arena in Osaka, Japan. 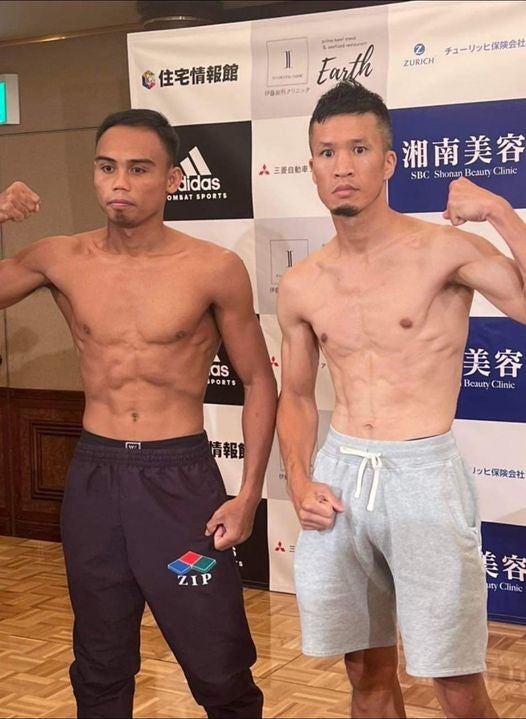 Jeo Santisima (left) is ready to fight for redemption as he face Hiroshige Osawa (right) in an eight round bout in Osaka, Japan. | Zip Sanman FB page

Meanwhile, former world title challenger, Santisima and his oponent, Hiroshige Osawa tipped the scales at 126.5lbs and 127.8lbs respectively to make their eight-rounder bout in the undercard happen.

This will be the 24-year old Mangubat’s second time to fight abroad. His first bout came up short when he lost to Jong Seon Kang of Korea in 2019 in Vietnam. It was for the WBO Oriental Youth featherweight title where Mangubat lost via split decision.

Mangubat who holds a record of 15 wins, 12 knockouts to go with three defeats and one draw also lost his most previous bout. It was against Olympian Charly Suarez for the WBA Asia super featherweight title via a 12th round technical knockout last March in Manila.

Meanwhile, the 28-year old Rikiishi is a rising prospect in his division with a record of 11-1 (win-loss) with six knockouts.

He went on winning the OPBF super featherweight strap by scoring a unanimous decision win against fellow Japanese Takuya Watanabe last May in Japan.

On the other hand, Santisima also eyes redemption. This after his crushing 9th round TKO defeat in the hands of American Joet Gonzales for the WBO International featherweight title in March in Fresno, California.

On the other hand, Osawa who also fought for a world title title once sports a record of 37-5-4 (win-loss-draw) with 21 knockouts.

Read Next
Floods prompt evacuation of 401 Umapad residents in Mandaue